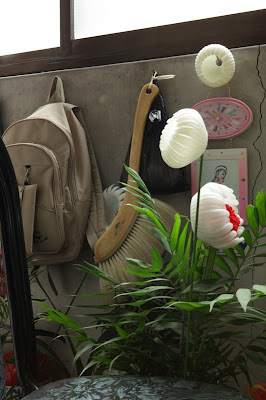 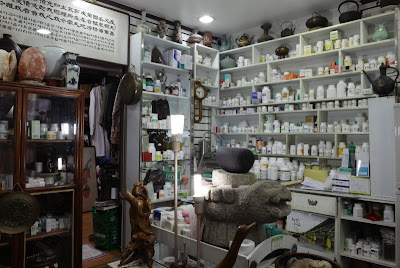 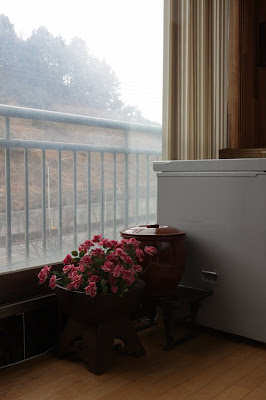 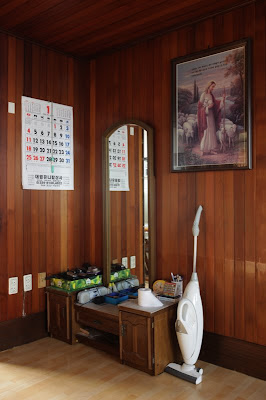 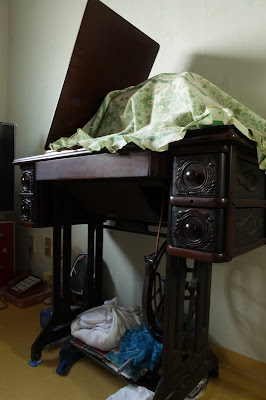 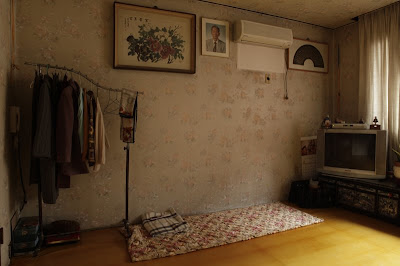 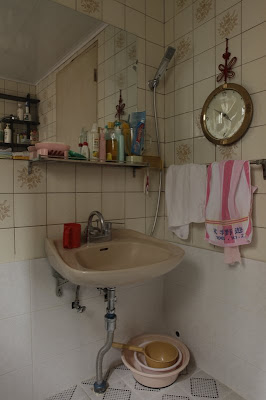 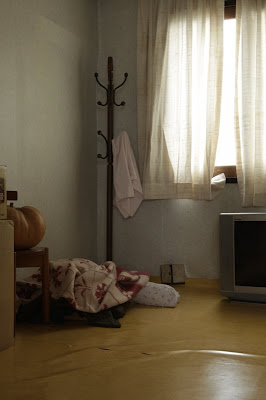 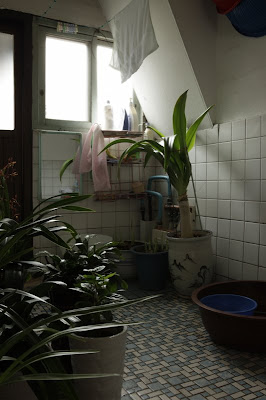 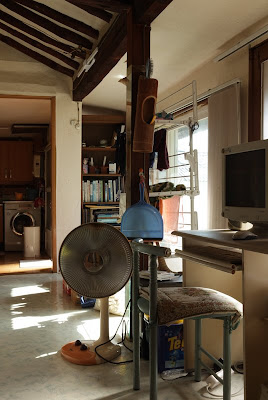 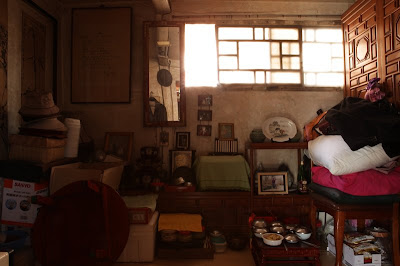 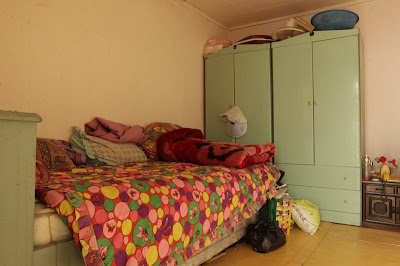 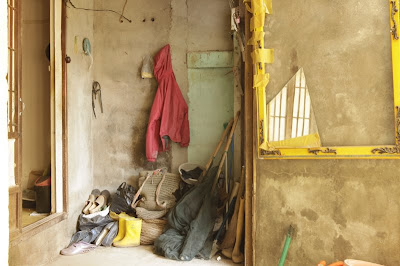 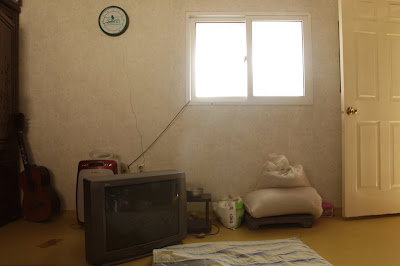 From January 2009, I have participated in Ssamize Space Studio Program in Seoul as a part of Bilateral Exchange Residency Program of Tokyo Wonder Site to develop the work "The Game-Keeper's Jam Cellar". In March, I took a part in the 10th Open Studio which is the last open studio of Ssamize Space and displayed a 6 m print at the entrance hall and the 2 m prints in the half landings and in the studio with the support of Epson Korea Co., Ltd. More than 100 people supported throughout the project and I have visited the houses of nearly 50 people during the 3 months residency at the Ssamizie Space. I have worked not only with friends and the network of SSamizie Space, but also with the local community, including the Yum San Presbyterian Church in Mapo-gu, a local town councilor, a community welfare worker, a local artist who is working with the community, a local police in Daeboo Island and Ansan City Community Center.

The work would have been impossible to realize without their understanding and devotion to the work of the people who were the mediators with the old people. The reason I choose Korean for my project was the deep and complicated relationship and the history between Korea and Japan. There is close linkage between the elderly people and the memory of the war. To think about the issue of aging is to pay attention to the issue which we usually try not to think about. I felt there is something in common with Japanese attitude towards the history of Korea including myself. The communication with the mediators takes a large part in the process of the production. The old people also welcomed me, who was a stranger and a Japanese, including people who had bad memories from the Japanese occupation. I really respect all the old people who I have met. Despite my diffidence with the aggressive nature, the act of shooting photography, they were confident enough to show their privacy and communicate with a stranger. They all have some sort of troubles. I saw some unfortunate situations even though I must have seen the better side of their lives. And yet they all live cheerfully and were happy to see us. I felt ashamed of my ill feelings and gained confidence to deepen the relationship and a good impression of old age awaiting us in our futures in many ways. The work expresses the story that objects tell with the expected sorrow because of the signs of death, the climax of the life in the air, and the gap between the revival fashion and the real life of elderly people who are living, but also questions the superficial image of old age and reflects our wish to find a hope in the aging society.

The stay in Korea was full of moving experiences with people who are so warm and dynamic. It was also very good opportunity to reexamine my culture. I would like to keep the exchange and pursue the development of the work with deeper communication.

Like a Big Family
The staffs of Ssamzie as well as many friends took me to their family. I went to the house of the assistant Jieun Yoon who was lives with her family including her grand mother. I also went to stay in the house of mother in law of Hyunsook AHN with her husband in Busan during the Chinese New Year. In Korea, this is the time when all family meet up. I met all the relatives of the mother’s sister, best friends and well as the father’s older and younger brother, the family of the best friend of her husband, ritually everybody in the family.

The mother is law was my manager. She took me to one house to another house, one day was 3 houses in one day. I was feasted with all sorts of gorgeous food every time we have visited. Everybody was so warm and welcoming but also very much easy going and just let me take the picture. Although we had trouble with communication, with just a few words, I felt like I quickly become the part of the family. I was really touched by the hospitality and gained much confidence to continue my project in Korea.

Another Half
I was introduced to Shinhye Kim through Ssamzie Space as a kind of a friend who speaks Japanese and lives around the corner of Ssamzie. She told me later that her friend mention that I was looking for assistant and she was asked whether she was interested in. She read my blog and thought it might be interesting. When we first met, we were not sure whether we could do this project. We had a long talk until late at might. I liked that she honestly said that she wasn’t sure that it was going to work. I was not sure either. Then I explained why I want to do this project. In Korea I knew about the historical conflict between Korea and Japan. One part of my project is about looking at the part of our life which we don’t usually think too much, the life before death. I thought there is something in common with the attitude thinking about the negative legacy, confronting the issue which we usually ignore. Whenever I talk to friends form some Asian countries where Japanese once occupied or did crude things, I kind of think about the issue and sometime talk about it as a something to acknowledge but we usually hade more interesting things talk about. I was not sure the old people in Korea would accept me. I said I wanted to give a try even if it did not work. She said she would give her a try too and I was very moved that she decided to give me a hand. I really felt this the start. Then we started and it really started to roll and it was rolling and rolling. She has been supporting me for whole 3 months as a volunteer. Without her, I could not do my project. I am very lucky to be able to meet her.

She really understood my project. I felt she was really 100 % on my side and gave me so much confidence to continue the project. We have met so many people together. She had been doing the talking bit while I am taking picture. To many translations and questions in foreign language sometime make the atmosphere of a little awaked. I just kind of feel the basic atmosphere and get by the moment, then after the meeting we would talk a lot about what just happen. In this sense, I would love to come back and spend longer with some people and have deeper conversation. But for the purpose of try to see many rooms as possible, it was a perfect strategy. We were the team and she was my mouth while I was using my eyes and taking picture. I was proud of us working together sometime confronting the difficult issue but having fun together as friends. I miss her a lot. 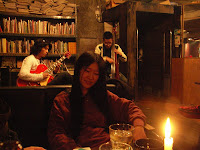 Shinhye and her friend Hyukjoong who appears whenever I have some problem and solve the problem like a magic.

At Deboo Island
One day Shinye, Jieun and I were in an island off Seoul. Gunja Welfare Center of Ansan City which we have been working with, introduced us some people here to visit. We visited an old lady who are 94 years old living alone but beautiful and cheerful besides saying "tired of living" and rats were running around in the room. A friend of hers where there. She visit the old lady quite often and they seems to be having fun together.

A phone rand and the shooting afterwards were cancelled because the old lady suddenly got sick. This kind of thing happened quite often but we were sad that we came all the way to the island. We gave a chance talked to an old lady who was sitting in the front of the door but she refused us. We were a little sad. We went into a police station to ask direction. The policeman was nice so we took a chance and asked to if they can introduce us any elderly people. They asked for an ID and then the head of the police station took the list out and made phone calls. 15 minutes later, we were on a police car to be taken to an house.

After shooting two houses, we were invited to the room of the old lady to warm up under the blanket of her bed on the floor and shared some snacks. This happened many times also. The distance between people are very close in Korea. Everybody was so friendly and warm. When we left the old lady come to the front of her house and wave her hand to us. Many people does this and I really love it. It reminds me of my grand mother.

With a Church in Mappo-gu
A young female pastor of Yumusan-church enthusiastically helped us. We hard about the church being active in the community from Mappo-gu City Council where SSamzie Space was. Chiristian churches in Korea are very active. I was invited to joined a group of old people who were doing small work; folding envelops to earn small money but also to do something during the day. She proposed to take the portrait of the old ladies instead of taking picture of their room. I was not sure that this idea sounds like a trade but it worked very well. I thought this is a kind of sensitive issue but for them it seems to be a practical matter. In Korea, people over 60 years old usually prepare the funeral picture by themselves with a photo lab and spend quite a few money for it. They seem to love the idea of having a nice portrait for the funeral. With the support of EPSON for the print, I have done around 20 people’s portrait in the end.

I have met many elderly people with the help of the pester. Many elderly people know some Japanese sentence. It was quite shocking to hear in reality but now I am more or less used to it and I can appreciate that I can communicate without the translator. I can feel that the old lady is happy too that they can use their forgotten ability. Though, when I visited another group of elderly people, because of me, they were trying to say some Japanese sentences. One said "The empire of Japan is .......". This must be one of the nationalistic text that they had to remember by
heart. The other woman suddenly remembered a Japanese song about the Japanese custom of passing a community newssheet among the neighbors. Watching her innocently burst into a children’s song she learned 70 years before form the occupiers was so strange and shocking a, but fascinating and beautiful also. I felt I have touched forgotten memory. 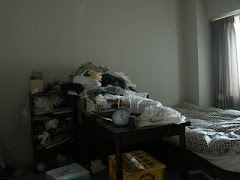 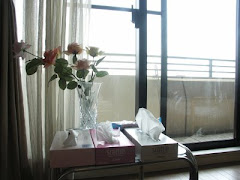 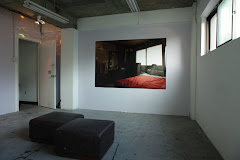